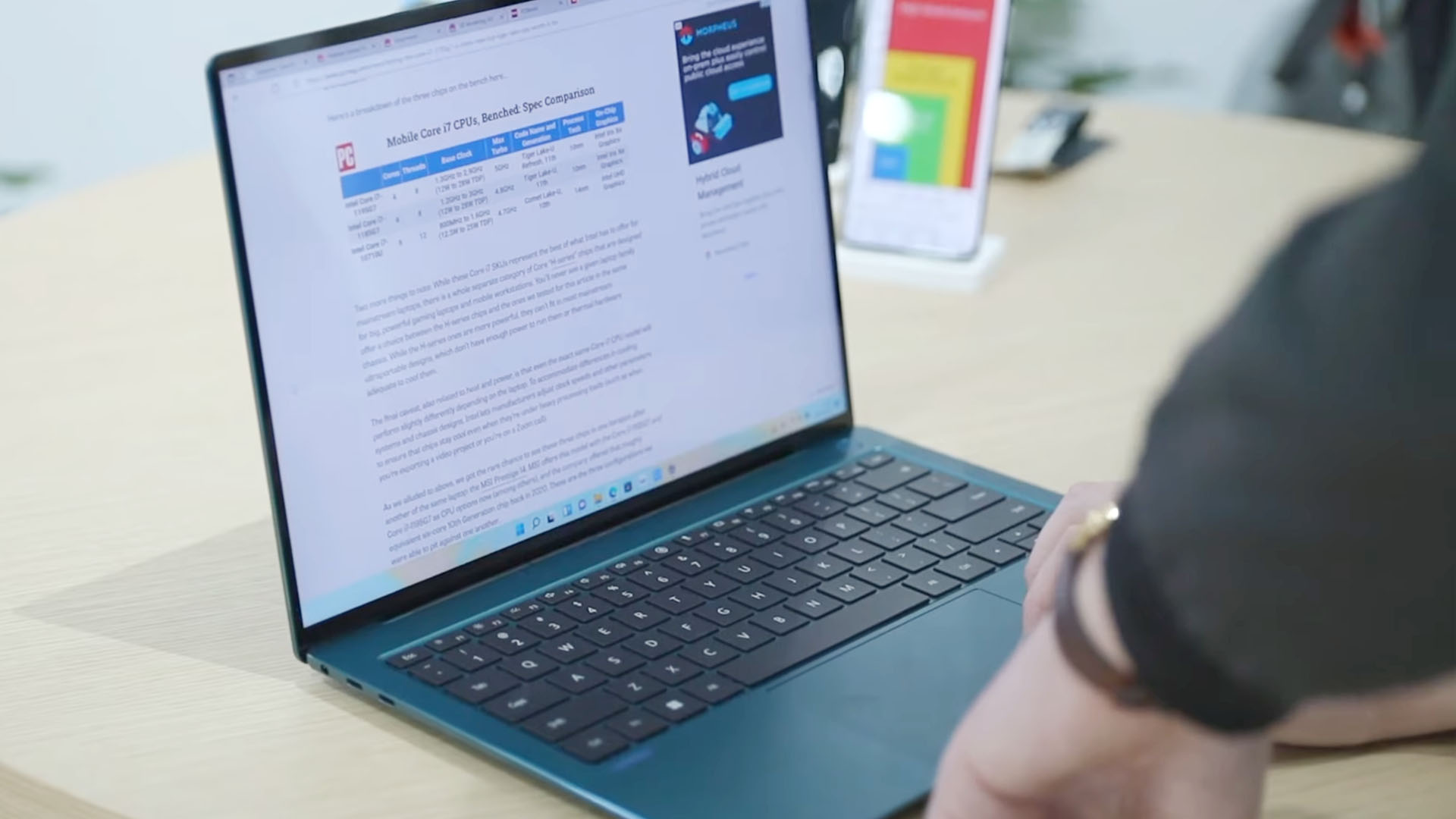 Despite a controversial lack of availability in the United States, Huawei’s svelte laptop designs have been turning heads all over the world for the last few years. The company’s latest flagship model is the MateBook X Pro 2022, and it’s a stunner of an ultraportable. Dominic Preston went live at Mobile World Congress in Barcelona to give us an early look at this sleek new notebook.

You can check out Dom’s impressions live on PCWorld’s YouTube channel:

Huawei is a big fan of minimalist designs, shown here in this mostly featureless slab of aluminum. That doesn’t mean that the MateBook X Pro is boring; with a deep blue-green finish it stands out in a sea of silver and gunmetal, even before you notice the 14.2-inch screen with teeny tiny bezels. That embiggened screen is also improved. The 3K resolution panel is boosted to 90 hertz, and it now has the 720p webcam in the proper spot (instead of hiding under a keyboard key), avoiding the dreaded “nose cam.” The whole thing looks a lot like a smaller, sleeker take on Microsoft’s Surface Laptop line. Don’t worry, it’ll be available in silver too if you want something a little more buttoned-down.

The MateBook X Pro isn’t skimping on the internals, either. The MWC demonstration build boasts an 11th-gen Core i7 processor, 16GB of RAM, and 1TB of storage. A discrete graphics card won’t fit in a laptop this tiny, but it features Intel’s more-than-capable Iris Xe integrated graphics system. While the slim build drops any USB-A ports (keep a dongle handy), it can be charged from any of the four USB-C ports at up to 90 watts.

This kind of portable hardware doesn’t come cheap. The MateBook X Pro 2022 will cost an estimated 1900 euro in the Core i7 configuration when it launches later this year.

If you’re trying to get rich working for someone else, then the best of luck to you. From a practical sense, the only...
Previous articleNew ways to suck up methane can buy us vital time in the climate fight
Next articleHow artificial intelligence can help us figure out how life began