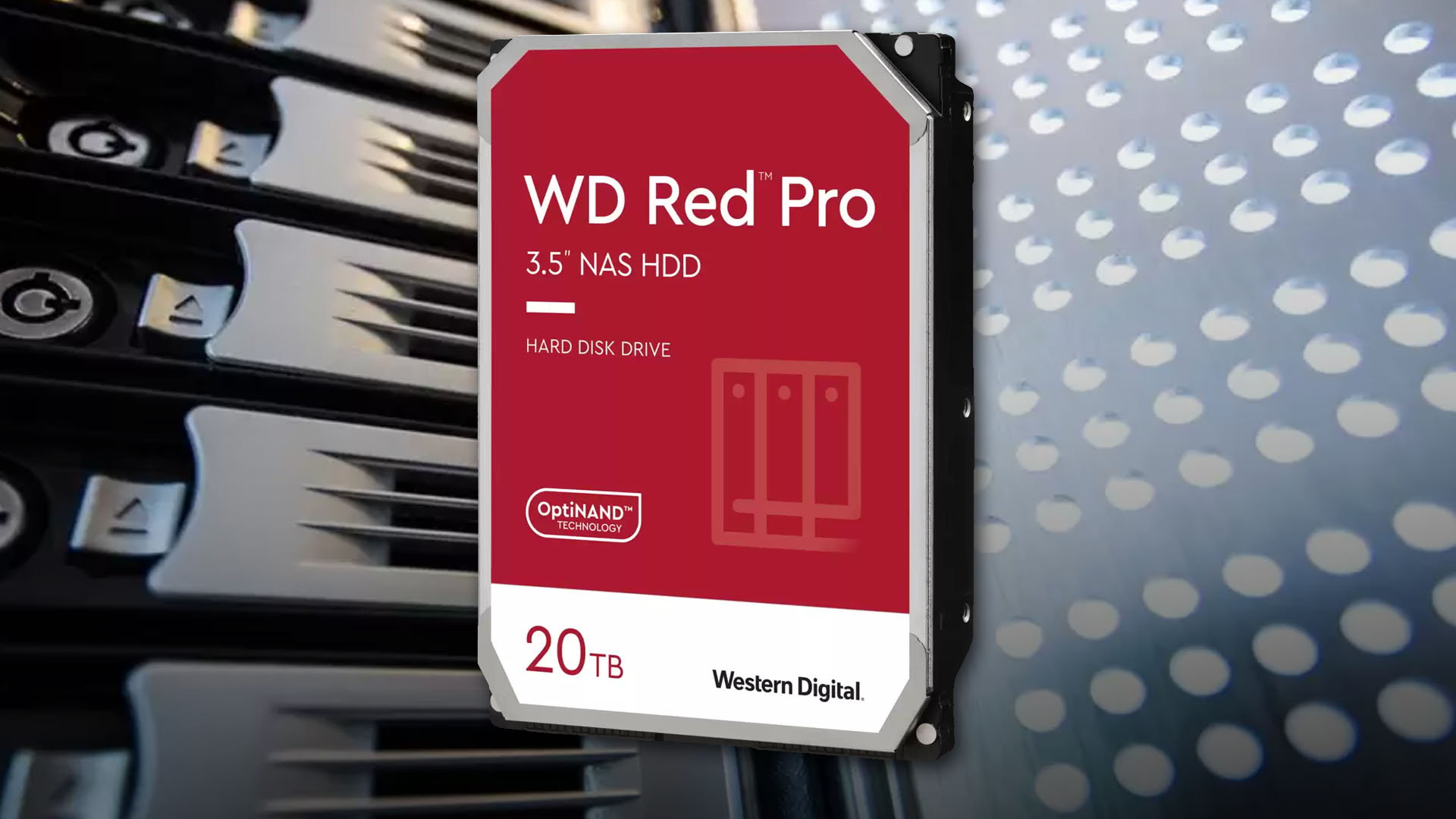 According to a 2016 study by Redbox, the average American will watch an estimated 5,040 movies over the course of their lifetime. According to my college days spent on the illicit campus DC++ hub, the average 1080p movie rip is approximately 1-2 gigabytes. By those measurements, Western Digital’s new 20-terabyte Red Pro hard drive can hold every movie you’ve ever seen or will ever see at least a couple of times over.

While SSDs are all the rage for standard PC users, you can’t beat good old-fashioned spinning plates for raw storage capacity, and the new 3.5-inch, 7200RPM drive demonstrates that perfectly. Nine of them go into the 20TB Red Pro, along with an impressive 64GB of NAND flash storage (according to Tom’s Hardware) to help access and move all that data around. Unlike some of the previous server-focused 3.5-inch designs at this capacity, the WD Red Pro is designed for consumers who are rolling their own cloud via network-attached storage devices.

While there’s nothing stopping you from throwing this guy into a standard desktop, it’s really meant for users hosting massive photo collections or huge Plex video libraries. Considering how much storage this drive delivers, it’s shockingly affordable, with an MSRP of $499.99. It’s up for sale on Western Digital’s online store right now.

If you’re trying to get rich working for someone else, then the best of luck to you. From a practical sense, the only...
Previous articleStonehenge may have been a giant calendar and now we know how it works
Next articleWild boars: African swine fever outbreak led to more oak trees in Polish forest