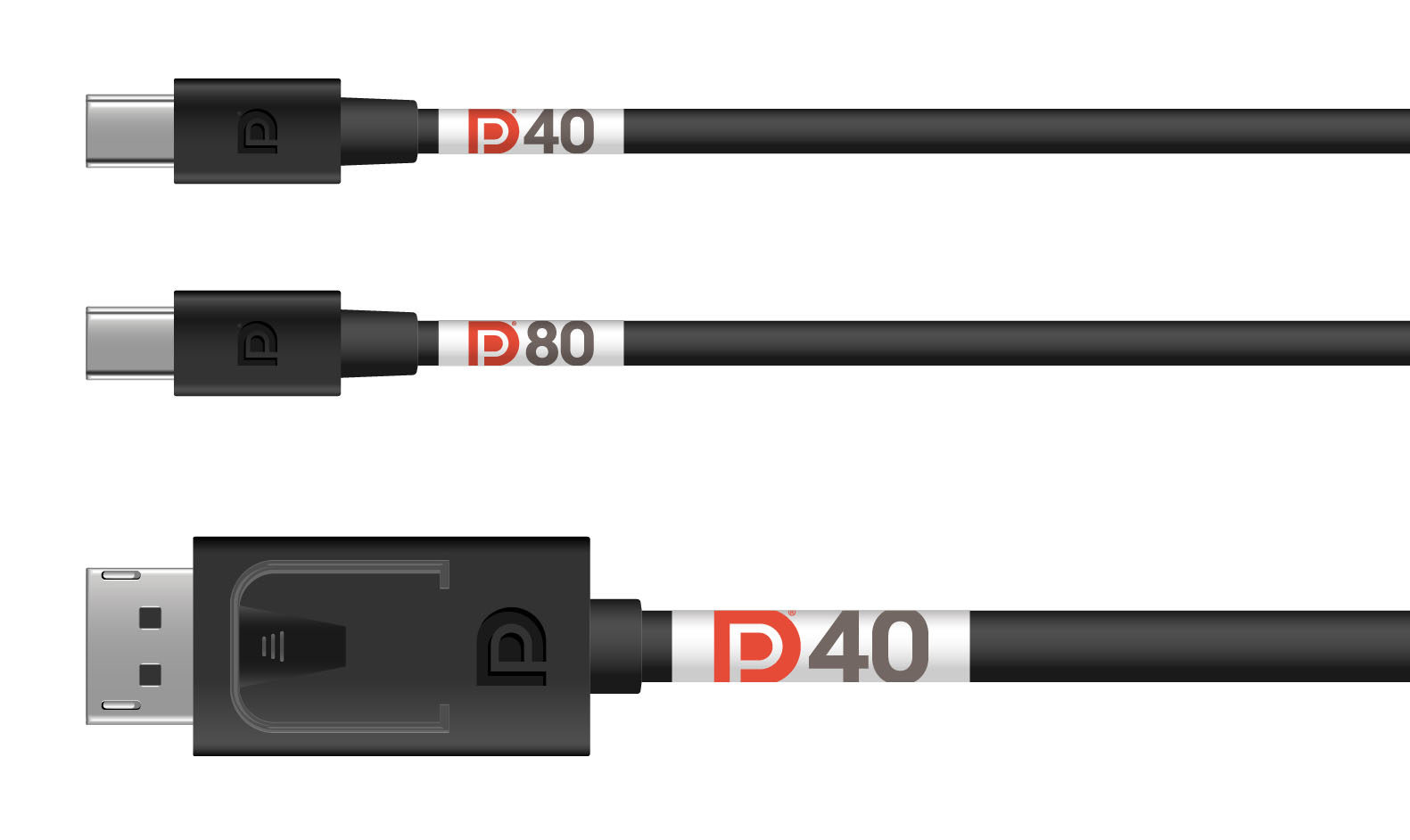 A couple of months ago the new HDMI 2.1 specification was released… which, for some reason, included all of the specs from the previous and retired 2.0 cables. That means that cables labeled “HDMI 2.1” might not actually support all the features that label implies, like 4K 120Hz video. Perhaps learning from the mistakes of its competition, the Video Electronics Standards Association (VESA) which maintains the DisplayPort standard is making the labeling for its new generation of DisplayPort cables a little more clear.

The new Ultra-High Bit Rate (UHBR) certification will apply to the existing DisplayPort 2.0 standard. Cables can be certified as compatible with UHBR at transfer rates of 10 gigabits per second per lane or 20 gigabits per second per lane, earning them the certified labels “DP40” and “DP80,” respectively. The 40 and 80 numbers refer to the maximum bandwidth of the cables maximizing all four lanes: 40 gigabits and 80 gigabits.

Utilizing the maximum capacity of a single DisplayPort 2.0 DP80 cable, it’s possible to power a single display at 16K resolution and 60Hz, two displays at 8K and 120Hz, or three 4K displays at 90Hz. Those capabilities also apply Mini DisplayPort and to USB-C connections using DisplayPort Alt Mode, assuming the cable can handle the strain. With DP40 and DP80 cables pretty clearly communicating their maximum data bandwidth, and at least some cables already certified and ready for the new labels, hopefully it’ll alleviate some of the confusion for tech-savvy users.

If you’re trying to get rich working for someone else, then the best of luck to you. From a practical sense, the only...
Previous articleUkraine invasion: Russian sanctions mean ESA’s Mars rover is unlikely to launch in 2022
Next articleWonky black hole suggest we don’t understand how cosmic behemoths work