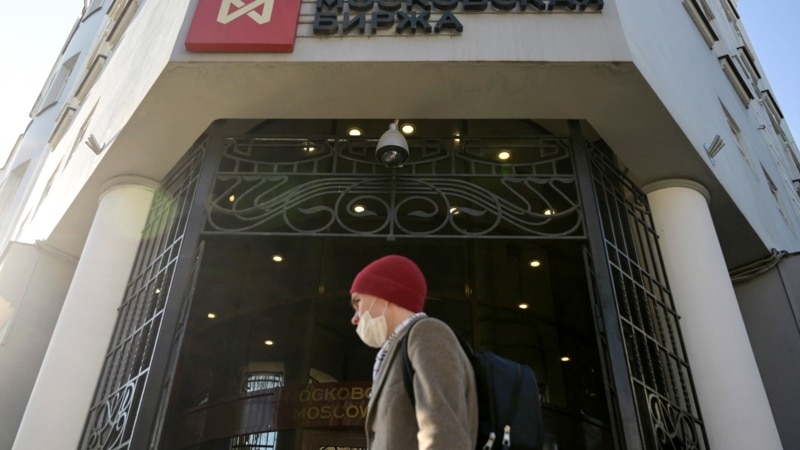 The U.S. Treasury made its strongest moves yet to sever Russia’s access to its assets, the White House said Monday, with measures aimed at both the Russian Central Bank and the Russian Direct Investment Fund.

The moves leave Russia staring down its second week of its brazen invasion of neighboring Ukraine under heavy diplomatic and economic pressure. Delegations from Kyiv and Moscow were meeting near the Ukraine-Belarus border for peace talks on Monday. Meanwhile, the United Nations General Assembly is due to hold an emergency session, and Russia’s currency has sunk to a record low.

“The Russian Central Bank has been attempting to bring those assets back to Russia or to safe havens so they can be used to support their economy and their currency,” the official said during a background briefing, before U.S. markets opened.

”Today’s announcement to prohibit transactions with the Central Bank of Russia and the National Wealth Fund will significantly hinder their ability to do that, and inhibit their access to hundreds of billions of dollars in assets,” the senior official said. “From our actions alone, they will not be able to access assets that are either in the United States or in U.S. dollars.”

The moves follow Saturday’s attempt by the United States and allies to slam the brakes on Russia’s economy and banking systems by expelling selected Russian banks from the global bank-to-bank payment system known as SWIFT – the next step in a series of increasing sanctions punishing President Vladimir Putin for his unprovoked invasion of Ukraine.

The move to remove Russian institutions was announced in concert with the European Commission, Britain, Canada, France, Germany and Italy. In a Saturday statement, the group of allies warned that these five moves aim to “hold Russia to account and collectively ensure that this war is a strategic failure for Putin.”

The allies also pledged four other moves: leveling “restrictive measures that will prevent the Russian Central Bank from deploying its international reserves;” taking steps to limit the issuance of foreign passports to wealthy Russians; launching a transatlantic task force that will, among other things, target the wealth of Russian officials and elites. And finally, the group pledged to “step up our coordination against disinformation and other forms of hybrid warfare.”

The Biden administration official said Monday the de-SWIFTING of Russian banks – which the White House had been resisting for days – will be felt immediately in Moscow. And, he said, Washington is prepared to escalate further if Moscow does.

Kremlin spokesman Dmitry Peskov told reporters Monday that while sanctions imposed against Russia are heavy, it has been planning for them and “has the potential to offset the harm.”

At least 350 civilians have been killed since Russia invaded last week, with another 1,700 wounded, Ukraine said Sunday. There was no information about casualties among Ukrainian forces, and while Russia has acknowledged casualties among its troops, it has not publicly disclosed any count.

If you’re trying to get rich working for someone else, then the best of luck to you. From a practical sense, the only...
Previous articleWi-Fi 7 is coming: Meet the smarter, faster Internet of the future
Next articleHow to close your Discord direct messages (and keep weirdos out)