Ukraine: What We Know 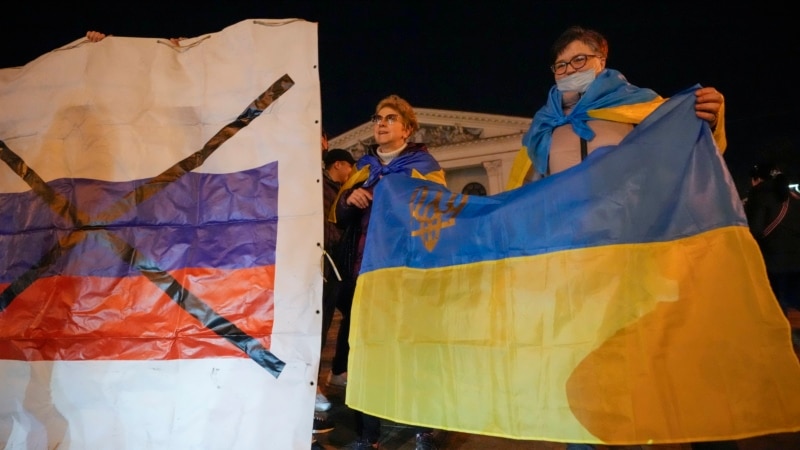 The latest developments in the conflict between Russia and Ukraine:

* Russian President Vladimir Putin said he is always open to diplomacy but will not negotiate on the interests of Russia or the security of its citizens.

* U.S. Secretary of State Antony Blinken said planned talks with Russian Foreign Minister Sergey Lavrov were off, after Russia “made clear its wholesale rejection of diplomacy.”

* U.S. President Joe Biden on Tuesday cut off the Russian government from international financing and imposed sanctions on two large banks, declaring that its invasion of Ukraine was “a flagrant violation of international law.”

* Biden also ordered the movement of infantry troops and air support from elsewhere in Europe closer to Russia’s borders, as the region girds for possible confrontation.

* Ukrainian President Volodymyr Zelenskyy said Tuesday he is conscripting reservists for a special period but ruled out a general mobilization.

* The West is demanding that Russia pull its troops and weapons from Ukraine’s border, while Moscow is pushing for NATO to curtail its operations in eastern and central Europe. Russia also maintains that the Western defensive alliance should reject Ukraine’s NATO membership bid, a move the United States calls a “non-starter.”

Some information in this report came from The Associated Press, Reuters and Agence France-Presse.

If you’re trying to get rich working for someone else, then the best of luck to you. From a practical sense, the only...
Previous articleGreenland: Base of the ice sheet is melting faster than we thought
Next articleI used an Apple AirTag to track my wife and kids. Here’s what I learned